The Process of Plotting 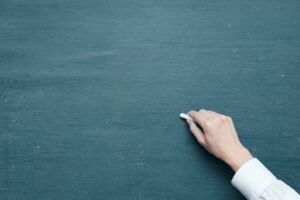 Hey everyone!  It’s Wednesday, so it’s time to dive into my weekly Writing Workshop.  Today I’ll be discussing the foundation of any story, the very bedrock it’s built on: plotting.

Of Pantsers and Planners

Fiction writers’ plotting methods can be broken down into two types:  Planning and Pantsing.

Planning involves just that: sitting down and plotting your story ahead of time, codifying scenes and chapters, carefully planning the rising action, conflict, and denouement (falling action).  This type of plotting involves a meticulous approach, structured notes, and copious amounts of forethought. 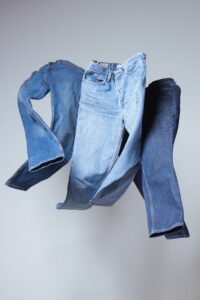 Pantsing refers to the idiom ‘flying by the seat of your pants.’  Pantsers leap write into it (see what I did there?), following the flow and allowing characters and the scenes events guide the story. The process involves intuitive plotting and is especially popular in both microfiction and short stories.

Each type represents opposite ends of a spectrum – most people fall somewhere in the middle.  Personally, I tend to start off pantsing – either there’s a character I want to write about, or a scene that’s in my head, and I combine that with a rough premise and get to work.  About 5000 – 10000 words into the story, the planning begins.  I look at what I have written so far and hammer it out into a structure, including a scene-by-scene breakdown. That outline helps me plot out what I have yet to write, so I don’t get lost in the details and wind up with a lot of disconnected scenes that don’t make sense to anyone but me.

Of Plots and their Pieces 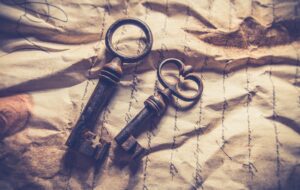 When you boil it down, everyone writes and plots in their own way – but there are some elements that define a story, and are essential for planners and plotters alike to keep track of.

Characters and Setting : These are obvious, but they bear some mention – and both serve the same purpose.  This is not just slapping a location or a person on a page and dropping a brief description of their appearance.  They are important elements of the story whose influence extends beyond the superficial.  They set the tone for the story.  If your story is grim, your characters may dress in dark tones, speak in gloomy, cynical patterns – and if they don’t, if they’re bright and cheery, there needs to be a story-important reason they stand out.  Settings are the same way.  Foggy streets, cloudless nights – filthy city streets, or leafless trees are all elements used to set a story’s tone. I cannot emphasize enough the importance of notes, particularly as your story grows in length.  Continuity is everything, and breaks in continuity are the number one way to break a reader’s immersion and suspension of disbelief. You don’t want to be digging through pages and pages of prose just to double-check the eye color of the great old one or what kind of tree the noose was hanging from.

Conflict: There are three types of conflict in plots.  Man against Man, Man against the Environment, and Man against Himself (the use of male pronouns here is just a matter of rote memorization, and is not intended to diminish the roles of any gender/non-gender choice in author, reader, or character).  All conflict can be distilled down to these, whether it’s plucky earthlings defending against an overwhelming and terrifying alien intelligence (man against man, more or less), a woman trapped on a mountainside as a blizzard descends upon her ((wo)man against nature), or a veteran dealing with ptsd-driven alcoholism (man versus himself).

Tension: Tempo – timing.  The rhythm in which things happen, and how readers stay engaged. There are three stages: rising action, climax, and denouement.  The rising action is the build up. You introduce characters and settings, explore conflicts, and set the wheels in motion.  The climax is when the rubber meets the road, whenrethe hero faces the dragon, where the lost dog must cross the white-capped river, or where the cruel businessman must embrace the spirit of Christmas or die alone. Denouement, therefore, is the falling action: the explorer returns home, the dog finds his family, or businessman brings his clerk a turkey. It tends to be brief, but it doesn’t has to be- it is a time for tying off loose ends or foreshadowing future adventures.  Note: in longer works of fiction, this cycle may repeat multiple times, leading towards a final conflict that has grown only more epic by the smaller climaxes along the way.

There we go!  The basics of plotting, and some description of the different elements.  I appreciate you sticking with me so far!  Comment below with your thoughts – was this helpful?  What would you like me to talk about next?  Have I offended you, and now have inadvertently made a lifelong nemesis?  I can’t wait to hear from you!